I wrote a couple of weeks back about my poor memory, and in particular gigs I had forgotten about. In a way, it’s not surprising. I’ve no idea how many gigs I’ve attended in my life, but in my 11 years living in Manchester, it was a least a couple a month (often many more), and plenty in the years before or since. I reckon 500 would be a conservative estimate, not counting all the bands I’ve seen at festivals. So, no wonder a few have slipped my mind. It got me wondering though, what does make one gig more memorable than another? Here are a few of my suggestions.

You generally know what to expect from the headline act. They’ll play lots of songs you know and like, otherwise presumably you wouldn’t be going to see them. The fact that you enjoy the band you are there to see is not in itself memorable. But an unexpectedly superb support act is much more likely to stick in your mind. My favourite example is going to see the briefly successful post-hardcore band Hundred Reasons, and being blown away by their support band 65daysofstatic, a perfect fusion of Warp style electronica and heavy post-rock, not at all what I expected to hear. The headline act turned out to be a non-event, but I’ll never forget that gig. It can work the other way too. I once saw Atari Teenage Riot support Nine Inch Nails and they played 45 minutes of white noise, annoying the crowd to the extent that they were literally screaming “f**k off” at the top of their voices. I kind of enjoyed it personally, just because it was so extreme and the antithesis of everything a support act should do. And I will always remember it, whereas I remember nothing of Nine Inch Nails’ set at all. 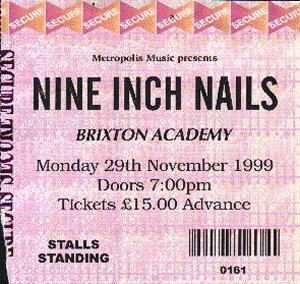 Most set lists are pretty similar really, the band’s most well known songs, a few off the new album and a couple of rarities for the hardcore fans. An unusual cover version thrown in will often be remembered better than the songs you expect to hear. Two favourites were seeing Neneh Cherry cover X-Ray Spex’s ‘Germfree Adolescents’ at Glastonbury, and Belle and Sebastian covering ‘I Wanna Be Adored’ by hometown heroes The Stone Roses at Manchester Apollo. My all time favourite though was seeing Bjork performing ‘Hyperballad’, which is already one of my favourite songs of hers, when it suddenly morphed into a version of ‘Freak’ by LFO, one of my favourite songs of all time. It may be the closest I’ve been to an out of body experience at a gig.

3. Lead Singer says or does something stupid

Most stage banter is pretty standard. It might be possible to create a bit of a rapport with the audience at a smaller gig, but more often the talk is limited to a few standard lines that don’t vary from show to show. I have a healthy respect for bands that say nothing to the audience at all. I have never remembered a gig because the band said something memorably beautiful or hilarious, but I have remembered those occasions where they’ve said something particularly irritating or stupid. Getting the name of the city wrong is always a good one, but I’ve not experienced it myself. I have experienced Flavor Flav on an extended religious rant of no interest of all to the audience. Also, the lead singer of The Bloodhound Gang (I was there for the support act, honest) daring an audience member to eat an entire slab of butter (the poor girl ends up in hospital). Worst of all was Conor Oberst of Bright Eyes, playing the recently renamed John Peel stage at Glastonbury, and slagging off John Peel himself, the much beloved and, at the time, recently deceased DJ. I have never known the mood of an audience turn so fast. Oberst subsequently apologised, but I’ve never quite been able to enjoy his music as much since.

Gig venues tend to be of just a few types. Dark airless basement rooms, old theatres or large soulless arenas. An unusual venue will stand out. Daniel Johnston at the spectacular St. Bartholemews Church in Brighton (you really need to go inside to understand just how huge it really is) was a favourite and I also enjoyed seeing Micah P Hinson and The Earlies crammed behind the counter of Piccadilly Records in Manchester, which is no mean feat as there were a lot of them.

You know the kind of thing. Playing all your singles in chronological order (Blur). Choosing the set list with a wheel of fortune (Yo La Tengo). Particular favourites of mine were seeing Bettie Serveet play a silent gig as part of the Great Escape festival (the audience were watching the band but listening through headphines) and watching Jeffrey Lewis playing twice in the same day at The Freebutt in Brighton with an entirely different setlist for each show. 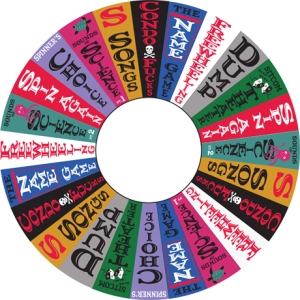 6. Something only tangentially related to the gig itself

I’ll always remember watching Mr. Lif at the All Tomorrow’s Parties festival, but that was nothing to do with the show itself, more to do with the fact I kissed my wife for the first time during the show (she wasn’t yet my wife at that point I should make clear). The Nine Inch Nails gig I mentioned earlier was also memorable for the fact that we missed the last train from London to Manchester and ended up on a train arriving at an eerily deserted Manchester Airport at 4am.

This one is fairly obvious, but whilst the vast majority of the gigs I’ve been to have been good, only a handful have been so brilliant they stand out in my mind. I’m not going to try and list them all here but Pixies, Neil Young, At The Drive-In, LCD Soundsystem and Joanna Newsom would all feature in this category.

So what do you think of my list? And what have I forgotten?

3 thoughts on “7 Things that make for a great gig”